Curtis Patrick says a Marquise Brown fantasy mega-breakout is coming in 2020 and he has a decade’s worth of research to back it up.

Despite his smallish stature and a foot injury that derailed his rookie evaluation process, the Baltimore Ravens selected Marquise Brown in the first round of the 2019 NFL Draft. His shiftiness and blazing speed appeared to be a perfect fit for a team who needed a lid-lifter to go with their historically great rushing attack. Brown didn’t disappoint in 2019, posting a line of 46/584/7 on 71 targets while playing in 14 games.

After running Brown through a simple and familiar test, I left with the opinion that he’s a virtual lock to set the fantasy world ablaze in 2020, crushing his ADP and kickstarting a rapid rise in dynasty value that almost certainly ends with him becoming a blue-chip asset. How’s that for a hook?

Have you ever heard of the “Duck Test”?

Fantasy people use the duck test all the time, whether they know it or not. It’s a form of abductive reasoning. Put simply, it starts with an observation or set of observations and then seeks to find the simplest and most likely conclusion from the observations.

If you’ve ever gone hunting, you might be familiar with the concept of using decoys. These are animal models, usually made of styrofoam or plastic, which can be used to attract whatever game you’re looking for that day. For example, you can use a decoy duck (like the one below) to attract real ducks. 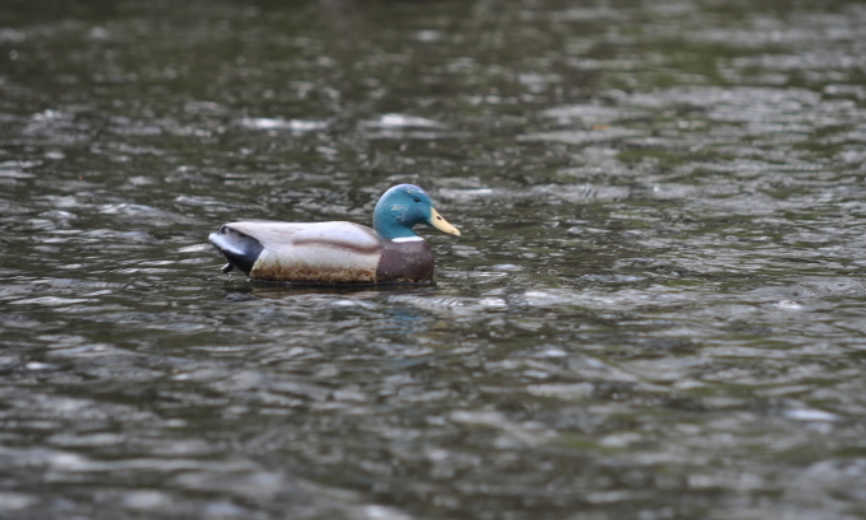 It would be silly to shoot your shot at a decoy. When you’re hunting, you want to go home with the real thing. But how do you know the difference between a decoy and the real thing?

Let’s say you stumbled upon a pond and saw the duck above from the banks. It looks real, but you’re skeptical. You realize you forgot your bag in the car and all you have is your trusty shotgun and a single shell in the chamber. Looks like you’re only getting one chance today. Should you shoot this “duck”, or wait for another one to appear? You can perform the duck test to decide whether it’s a good idea to use your one shot.

It’s definitely moving around in water, but after watching it for a bit you notice it’s not responding to external stimuli and it never moves against the current or in any predictable ways. It might not be a duck after all.

Step 3: Does this thing quack?

Using your duck call multiple times, you observe the response of this “duck” in the water. Not only does it fail to quack back, it doesn’t respond in any way to the noise you’re making. This thing is probably not a duck.

Given the facts and research, the logical conclusion to draw and most likely reality is that this “duck” isn’t really a duck; it’s a decoy. Congratulations, you didn’t waste your shot! Patiently, you wait for the next “duck” and a chance to make your hunt a success.

Hunting for fantasy stars isn’t really much different than hunting for ducks. For the purposes of this piece, let’s say a “duck” is a first-round receiver who ends up breaking out all over the place and becoming a superstar.

Now, I’m going to tell you:

You’ll be ready to go “duck” hunting in no time.

Setting up the Duck Test for Marquise Brown

If we use the basic format of the duck test, and our goal is to find the first round receivers who go on to become fantasy superstars (preferably in Year 2), then I think it’s reasonable to use these criteria:

He was drafted in the first round.

The list is littered with elite fantasy receivers (real ducks) and plenty of heartbreakers, too (those tricky decoy ducks).

How do we separate this group into the ducks and the decoys? We need to know if they actually swam in their rookie seasons. I’m defining “swimming” as five targets per game. Which receivers swam like ducks as rookies?

Curtis Patrick shares some of his favorite plays of the week for DraftKings, FanDuel, and Yahoo! DFS games for Week 1 of the NFL season…....

Curtis Patrick shares some of his favorite plays of the week for DraftKings, FanDuel, and Yahoo! DFS games for Week 1 of the NFL season…....

NFL DFS Lineup Optimizer Week 1: Sifting Through A Slate With Too Much Value

Rescue Your Draft Plan and Avoid the Wide Receiver Deadzone With The Next Tee Higgins or A.J. Brown

Should Drafters Be Worried About Patrick Mahomes’ Protection? The Fantasy Impact of Offensive Line Continuity Entering 2021

I Love Tyler Lockett, But These 4 WRs Replace His Production at a Major Discount