PGA DFS: Billy Horschel is the Belle of the Ball at the Honda Classic

The Tour heads to Florida this week for The Honda Classic. It’s played at PGA National’s Champion course, which is a 7,100-yard par 70. This track is one of the more difficult tests on the entire tour. Getting golfers to make the cut is always important, but a missed cut is especially damaging here. Of the 103 courses in my database, PGA National has the 12th lowest average DK points for golfers who miss the cut of non-major venues.

Billy Horschel ($9,200) is a name that’s flying around quite a bit this week. We’ve seen him get hot and play some of the best golf on Tour in spurts. He’s made 27 of 31 cuts dating back to the start of 2019, but more recently he’s put together a couple of top 10s, which has the Twittersphere buzzing. Horschel has the second-best adjusted score over the past eight rounds in the field. If you think he can sustain this success, it’s hard to fade him. He’s relied on his putter recently, and this is a tournament where carnage is the norm. Playing a highly owned Billy Horschel isn’t in my bag of tricks, so I’m going to sell.

The most expensive golfer on the slate is Tommy Fleetwood ($11,600). He also has the highest PRK Score in the field among golfers with 100-plus rounds in my database. 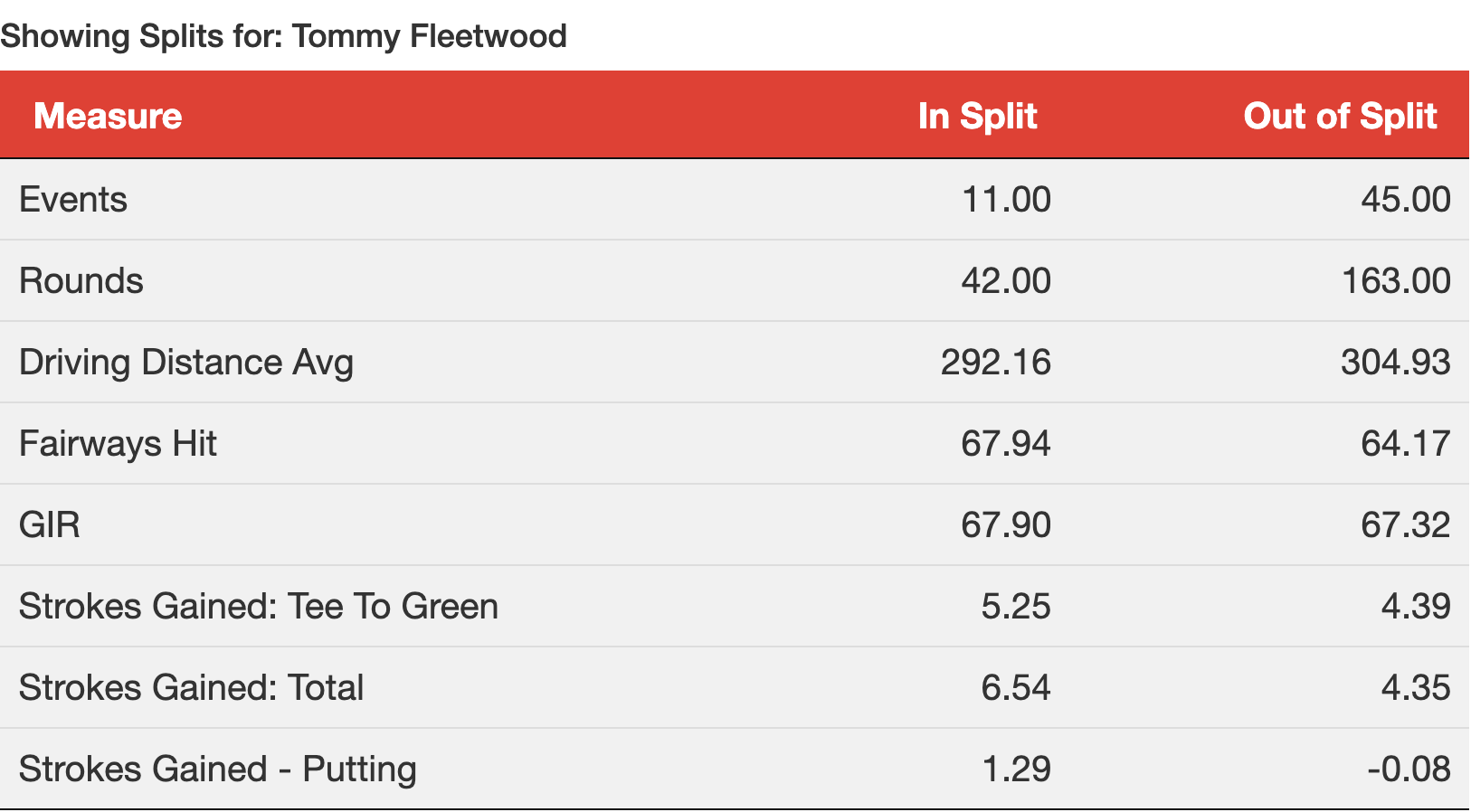 Fleetwood has performed well stateside on courses that are shorter than 7,200 yards. He plays smart and actually gains almost a full stroke more on shorter courses. The only decision point is ownership. If he pushes above 17% or so, I think there’s a case to be made for a fade of him, but I’m buying based on his play assuming reasonable ownership.

Matthew NeSmith ($7,200) is a guy who’s played some excellent golf in 2020 but remains a bit under the radar. I set his over/under at 36.5 based on his price, but I think that’s likely his floor outcome given his current form. The simulator has him at a top 20 over 47% of the time. Historically, golfers with a 91 PRK Score have even finished in the top 10 about a third of the time. He’s made seven straight cuts and finished T11 at Pebble Beach, which was comparable in field strength.

Erik van Rooyen ($9,000) is an interesting decision point. He has less data stateside than most of the golfers in the field, but we saw what he’s capable of last week down in Chapultepec. Over the last 24 rounds, the raw PRK numbers say that he’s about 1.4 strokes better than the average golfer on Tour. That number is good for third in the field.

As I pointed out in the Expected Birdies piece yesterday, Maverick McNealy ($7,500) continues to rate very highly because of his high Birdie or Better rate. McNealy also comes into the event with a PRK Score of 82. Golfers that have come into an event with that PRK Score have historically fared very well. That group has finished in the top 10 20% of the time and the top 20 over 34% of the time.

Here’s a quick recap of how the cash locks have performed this year. 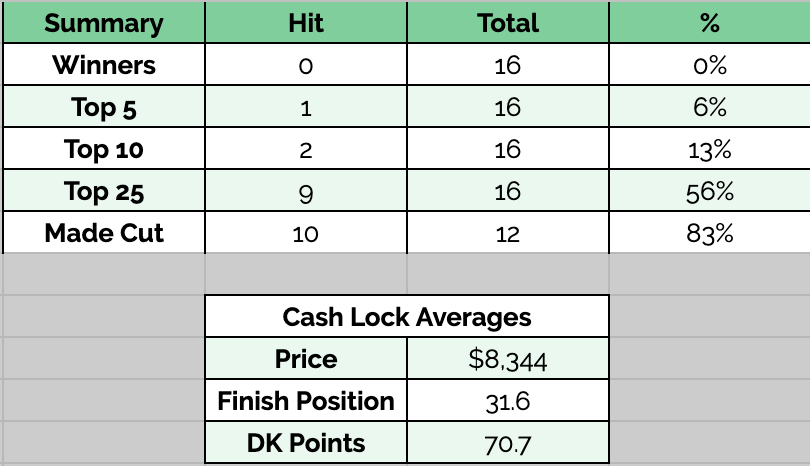